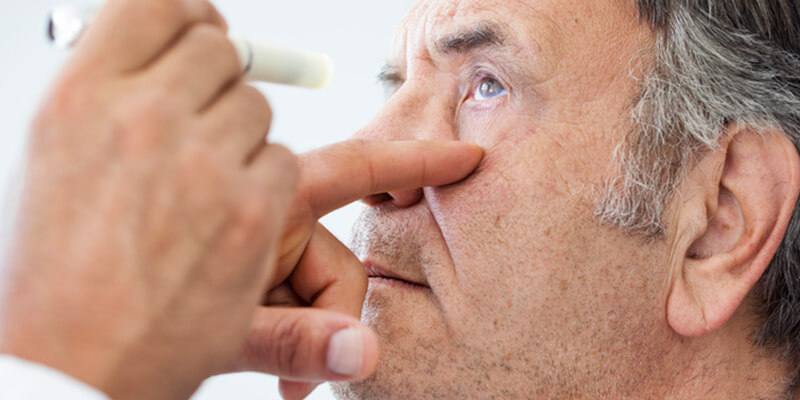 The initial detachment can be localized, but without treatment it tends to spread, eventually affecting the entire retina.
It can occur after trauma to the eye, after eye surgery, for example after a cataract operation, or spontaneously.

Older people and those affected by advanced myopia or diabetes are more predisposed to present this disease.

Why does Retinal Detachment occur?

The eye has a kind of gel inside it called the vitreous humor. This vitreous humor varies over the years in its composition, becoming more liquid. Sometimes this gel pulls on the most peripheral part of the retina and produces a break, entering liquid and generating a detachment.

What symptoms does a Retinal Detachment produce?

Retinal detachment does not cause pain, but it does give symptoms that we have to be alert to. You can see specks or “floaters” sharply. It is also usually accompanied by the vision of lights or flashes of light. A “curtain” may also be seen over vision. Any of these symptoms should put us on alert and go quickly to an ophthalmological center.

How is it treated?

Treatment can be done with Laser Photocoagulation if the detachment is small. If it is large, the treatment is always surgical, either through Vitrectomy or Scleral Surgery.

Need Help? Chat with us
Start a Conversation
Hi! Click one of our member below to chat on Whatsapp
The team typically replies in a few minutes.
Emergency
Request an Appointment
Request an Appointment
Send us a Message
Your name
Email Address
Phone
Company
Contact Information
Message
182 Ave – Glendale, NY 10285, US
1 (800) 921 89 15
support@domain.com
Send Message
If you are interested or have any questions, send us a message.